Things have been pretty quiet around here this year. The temptation to embed music videos or insert other snippets of creativity has been resisted because, well, heteconomist has not really paid its way with the requisite quota of economics posts to justify it. Increasingly economics seems to be not only a lost cause but rather beside the point. In any case, with remarkable self-discipline any straying off topic has been put on hold until the Christmas/New Year period, which has now arrived. Hopefully all are well and enjoying a nice break.

Casting a wary eye outside the window, it’s a dire environmental and geopolitical predicament that we have brought upon ourselves. Having waited our whole lives to grow old, it now seems many of us never will. At least there’s an upside then.

The following transcript of a panel TV show, ‘A Game in Crisis’, was uncovered while looking for excuses not to post on economics.

A: (to B) This terrible school shooting. Two players dead and another subbed off before half time.

A: Is there a risk that parents will come to regard footy as simply too dangerous for their kids to play?

B: Well I don’t think anyone should blame footy. It’s obvious that brandishing a gun is against the spirit of the game.

A: It also violates the official rules of play, and has for a long time now.

B:: Evidently some players are slow learners.

A: The situation might really have got out of hand had officials not acted swiftly and appropriately.

B: They handled it beautifully. You don’t like shootings to occur during play, but when they happen it’s good to know that the offenders will be sanctioned and their opponents given a chance to hit back on the scoreboard.

A: Yes, a kick at goal was awarded, though from a rather acute angle. It missed and the home team went on to lose the game.

B: It’s unfortunate. But there’s not a lot officials can do about that. Players still have to take their opportunities.

A: The goal kicker might have shown more composure had she not been shot.

B: Shoulda coulda woulda. The coach made a similar point, but at the end of the day footy’s not about making excuses.

You know gun laws are lax when hand weapons are the preferred mode of irony for otherwise peace-loving artists and musicians. 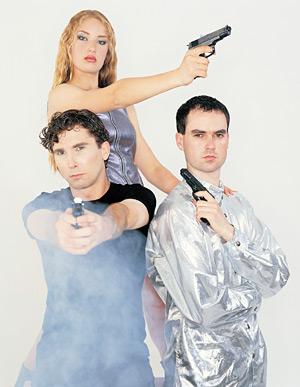 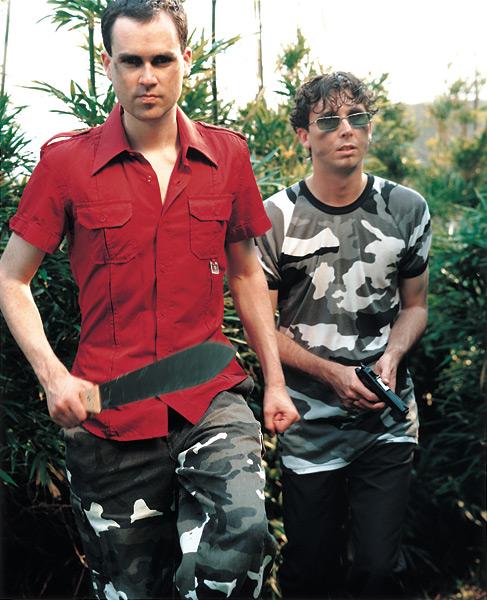